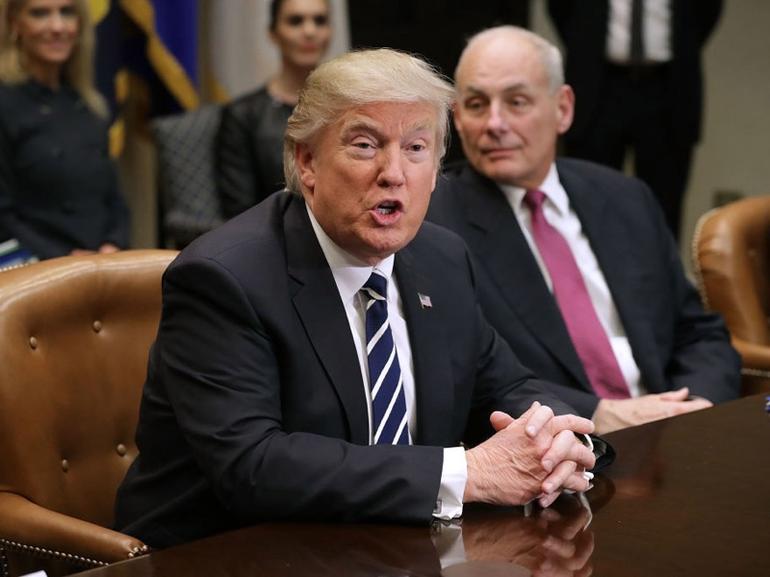 On Thursday, US President Donald Trump signed his long-awaited executive order on cybersecurity, laying out his plans for addressing security in federal IT and across US infrastructure. The most ambitious mandate was that all federal IT systems move to the cloud.

President Trump’s homeland security adviser, Tom Bossert, said in a Thursday announcement that the government had spent too much time and money “protecting antiquated and outdated systems.” Bossert cited the Office of Personnel Management (OPM) hack as evidence of failing legacy systems.

Bossert said, “From this point forward, the President has issued a preference in federal procurement in federal IT for shared systems. We’ve got to move to the cloud and try to protect ourselves instead of fracturing our security posture.”

The executive order officially states: “Agency heads shall show preference in their procurement for shared IT services, to the extent permitted by law, including email, cloud, and cybersecurity services.” It also calls for a report to be completed within 90 days describing the legal, budgetary, technical considerations for “shared IT services, including email, cloud, and cybersecurity services,” along with a timeline for the initiatives and their potential cost-effectiveness.

Peter Tran, the senior director of worldwide advanced cyber defense practice at RSA and former US Department of Defense employee, said the anchor for the executive order will initially be the NIST Cybersecurity Framework (CSF), to both assess current risk gaps and determine a strategy moving forward. This will be the pacesetter by which all building blocks will either rise or fall specifically on the call to action to go cloud in an expedited manner…..security being a forethought,” Tran said.

However, the effectiveness of a move to the cloud to improve security among these federal systems remains up to debate. John Pironti, cybersecurity expert and president of IP Architects, said that it could create a double-edged sword.

Following a central set of control standards and common technology platforms, combined with the centralized nature of the cloud, could actually make the federal IT systems weaker than their current iteration, Pironti said, which utilizes “distributed and varied computing assets and security controls.” And if hackers can find and exploit a weakness in this kind of system, it could lead to a bigger impact.

Pironti said that he believes the mandate will start out with the proper intentions, but if the affected government agencies simply follow the prescribed behaviors with no deviation, they may not be able to keep up with the changing threat landscape. While Pironti said that he’s in favor of accountability, he believes that the approach should be risk-based instead of mandated.

“I do not believe all agencies should be forced into a cloud model or required to follow the same set of prescriptive security controls,” Pironti said. “If an agency can prove that they are effectively operating in a reliable, available, and secure fashion then they should be allowed to continue to do so.”

Another question raised by the mandate is the feasibility of moving these systems to the cloud. Tran said that the executive order builds on an existing foundation, but the “proof is in the pudding.” The order, like other security plans, must be executed in a timely manner and show clear improvements in boosting security visibility and early threat detection, but it also must clearly show what “good” and “bad” security looks like in cloud infrastructure, Tran said.

“That’s really hard to do under an average planning and deployment timeline. Your compass needs to be ‘dead on,'” Tran said.

The impact of the executive order could also be seen in the private sector, Tran said, driving the growth of stronger policy, compliance, and governance around cybersecurity.

“The unique aspect of this current environment is security can’t effectively operate in a ‘de-regulated’ fashion by the mere nature that it’s security… Imagine if the TSA and FAA had no security protocols and structure?” Tran said. “Cybersecurity is no different whether it’s brick-and-mortar or click-and-mortar.”